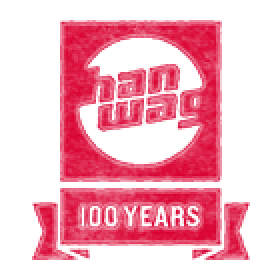 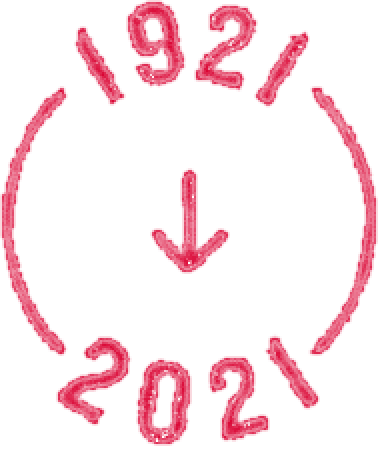 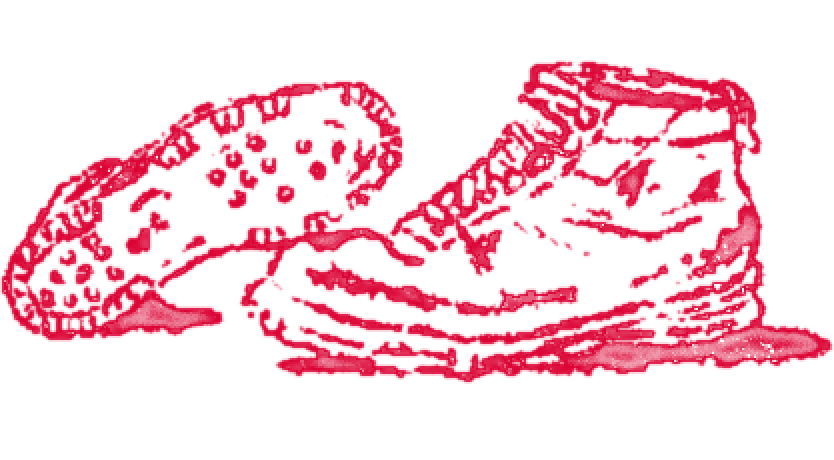 There was no Internet and no Big Mac

The world was very different when Hanwag was founded in 1921. Two billion people lived on the planet. There was no Internet and no Big Mac. Cars looked completely different and none of the eight-thousanders had been climbed. However, then as now, people needed good footwear. And although boots and shoes have changed considerably over the last one hundred years, Hanwag and its employees have the same aim to this day: to make the best footwear possible.

In house number 56 of the small village of Vierkirchen (1,100 inhabitants), Hans Wagner, the son of a shoemaker, opens his own shoemaking workshop. Not happy with the customary way of working at the time – directly in customers’ homes – he starts making footwear on his own premises, including lightweight mountain boots for the “Reiter” shoe factory in Munich. In addition, he begins selling work shoes. This is the same year that the first British reconnaissance expedition leaves to explore the vicinity of Mount Everest and the polar explorer Ernest Shackleton starts his final Antarctic expedition, though not wearing Hanwag boots. Albert Einstein receives the Nobel prize in physics.

His double-stitched shoes are in such demand that Hans Wagner takes on four apprentices. He builds house number 57 in Vierkirchen and expands it three years later by adding a larger workshop. He doesn’t have any sports shops on his books yet. However, there are big orders of five or even ten pairs of boots for customers. Elsewhere in the world: MAN develops the first vehicle with a diesel engine, Adolf Hitler’s Munich Putsch fails, Kemal Atatürk founds the Republic of Turkey. Loriot, Horst Tappert and Richard Attenborough are all born this year.

Hans Wagner’s nephew, Sepp Wagner, who is later to become managing director, starts in his uncle’s factory and learns the art of handcrafted shoemaking from 1936 to 1939. They’re already making leather boots with a square toe and laces for the increasingly popular sport of skiing. Alpine skiing is included in the Winter Olympics for the first time in Garmisch-Partenkirchen. Hitler uses the sporting event for self-promotion and does the same six months later at the Summer Olympics in Berlin. Toni Kurz and Andreas Hinterstoisser tragically perish on the still unclimbed North Face of the Eiger.

Double stitching is now carried out using machinery rather than by hand. Production output is high, but many shoemakers are enlisted and sent to war. Boots are made for marching, rather than hiking.

After the factory is plundered at the end of the war, it remains abandoned for a period. During the economic recovery, the demand for high-quality ski boots and mountain boots starts to increase – as does the importance of marketing. Hans Wagner first names his business “Hawa” and then in 1952 changes it to Hanwag for trademark reasons.

Hanwag exhibits for the first time at a sports equipment trade fair in Wiesbaden. Josef “Sepp” Wagner meets Klaus Obermeyer, a sports equipment producer and ski instructor who has emigrated to the US. He becomes a long-standing retail partner for Hanwag ski boots. In general, it is a period for other firsts and close transatlantic relationships: Lhotse (8516 metres) sees its first ascent, Borussia Dortmund wins the German football league for the first time and the German national lottery introduces the bonus number. Marilyn Monroe marries Arthur Miller and Grace Kelly marries Prince Rainier III of Monaco.

Nephew at the helm

Josef Wagner takes over management of the family company and delivers some 10,000, handmade “Garmisch” ski boots to the United States. And what does the US deliver in return? The film Mary Poppins is produced, Michelle Obama is born and Cassius Clay, aka Muhammad Ali, wins his first world championship title.

With help from German sport climbing pioneer Sepp Gschwendtner, Hanwag brings lightweight sport climbing rock shoes to the market. The product arrives at just the right period. One year later, the first grade nine routes in Germany are climbed, by, among others, Sepp Gschwendtner. In 1986, the classic training guide for climbers Sportklettern Heute is published. Away from the rock face, there are other forces to be reckoned with: Nuclear arms race warrior Ronald Reagan wins the US presidential election. “Star Wars – The Empire Strikes Back” hits the cinema screens.

Hanwag develops the first ever specialist paragliding boot, again with Sepp Geschwendtner, who has since moved on to paragliding. The FLY 2000 convinces with its light weight and lateral stability. Does anything else get off the ground? The Soviet Union is on the ropes, Boxer Mike Tyson floors all comers to win the Heavyweight World Series, and Michael Jackson’s “Bad” goes through the roof. And Germany’s bird of the year is the whinchat.

The Alaska GTX mountain boot is launched and marks the beginning of a long partnership with Gore. The boot is still available today. Other well-known classics include the film “The English Patient”, Oliver Bierhoff’s golden goal that won Germany its third European Championship title in football and a 408 km/h tornado on Barrow Island. Commercial expeditions to Mount Everest fall into disrepute after eight climbers die.

After the early death of his daughter, who was previously managing director of the company, Sepp Wagner sells the business to the family-owned Swedish company Fenix Outdoor AB. A new era begins in other areas too: Space probes land on Mars, Germany experiments with genetically modified wheat and Harvard student Mark Zuckerberg founds something called Facebook.

To celebrate 90 years of the company, Hanwag donates the German Alpine Club (DAV) Munich Oberland section a new bivouac shelter on the Jubiläumsgrat that connects the Zugspitze and Alpspitze. Other notable birthday celebrations include Paris Hilton (30), the first McDonald’s restaurant (40) and Lothar Matthäus (50). Dani Arnold climbs the North Face of the Eiger in 2 hours 28 minutes – with no need for a bivouac.

In Hanwag’s 100th anniversary year, the company plans to make some 400,000 pairs of boots and shoes in Croatia and Hungary and to continue production at the company’s headquarters in Vierkirchen. However, the premises on the industrial estate in Vierkirchen have about as much in common with the original shoemaker’s workshop at house number 57 as the new Ferrata Low GTX does with the hobnailed mountain boots of the 1920s.

We use cookies to ensure that we give you the best experience on our website. If you continue to use this site we will assume that you are happy with it.Ok